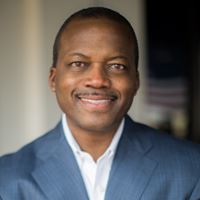 Michael K. Turner is a former executive of United Parcel Service.  In that role, he reported to the President, Global Logistics and Distribution.  He was responsible for sales leadership, sales execution, change management and revenue generation, and managing a multi-billion dollar business unit.  He also led the West Region sales organization, whose annual sales revenues equated to 1/3 of the domestic US middle market.

He is a creative, process-oriented leader with transformative domestic and global experience leading and driving change to achieve profitable growth and market share in geographies outside of North America.  His capabilities include "Go to Market" themes and "Must Win" account strategies.

Michael began his career with United Parcel Service as a Package Handler while a college student.  After graduating from the University of Toledo, his next move was Director, Sales-Middle Market.  Identified as an emerging leader, Turner quickly rose to increasingly responsible positions.

Playing an important role, Michael was highly recognized as one of only four Vice Presidents across the domestic United States within UPS for leadership and innovation.  He leverages top growth opportunities in collaboration with clients in support of C-Level negotiations closing deals, restructuring high impact executive processes, driving executive sponsorships and C-Level relationship management for UPS'' largest, most profitable Fortune 500 clients in healthcare, high-tech, automotive and industrial, corporate and the federal government.

Focus is on impacting adult literacy levels (adults with educational level of 3rd grade or below) in the Greater Atlanta area.