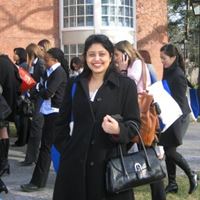 The Story of Blockchain (Published on LinkedIn on December 2018)

How did we arrive here?

Broadly speaking, there are three underlying forces – 2008 financial meltdown, technological research and the emotional need to restore trust and security – that are leading to the breakthrough of Blockchain technology.

The first force is the 2008 financial meltdown which happened due to sub-prime crisis and had subsequent global impact. This financial crisis also meant crisis of trust. From historical perspective, initially, communities used to be the network of trust for exchange of values. Then, Sovereign was the central authority acting as the intermediary; later, with the progress of economy and with the increase of trade and commercial activities, institutions backed by systems, rules and regulations became the intermediaries to facilitate transactions. However, this economic progress came at the cost of economic waste – inter-mediation, contracting and arbitration costs. Additionally, these institutions are vulnerable to cognitive limitations and human tampering. Speaking from supply chain perspective, approximately +5% of Global GDP (Global GDP 75 Trillion U.S. dollars) is considered economic waste. The second force is the constant evolution of research in technology and science and the resulting impact of shift of trust from institutions to individuals. In October 2008, a technical paper, ‘Bitcoin: A Peer-to-Peer Electronic Cash System’ was published by Satoshi Nakamoto. This paper discussed about creating a peer-to-peer electronic, financial system without involving the intermediaries such as financial institutions – an alternative to the current financial system. From technological research standpoint, there were a series of new developments such as DigiCash (around 1989) by David Chaum, Timestamping by Surety Technologies (1994), Digital Money (1996-2008), Bitcoin (paper published in October 2008 – mining started in Jan 2009). But, none of these were able to create the desired impact till 2008. The third force was when people felt a strong urge to restore security, efficiency, governance and transparency. And the answer was programmable trust – the basis on which the concept of blockchain is built. It also meant shift of power from institutions to individuals.

What do we mean by blockchain?

Blockchain is a distributed, peer-to-peer database which is used as a ledger and is a new way of collectively using the power of three old technologies such as database, cryptography and internet platform. Database is used to record and store the transactions; cryptography is for enabling security and the internet platform makes its virtual, scalable and a global system. Therefore, the features of blockchain are security, cost saving, agility, disintermediation, process authenticity, immutability (time stamping). No authorization is required, data storage is decentralized (that means it is not controlled by one), operation is non-stop (only dependent on internet) and cryptography is one of the pillars. However, businesses and governments tend to not like blockchain because of distributed control, full transparency, unclear governance and uncontrolled money supply.

Each block of the blockchain is a collection of Merkle Tree (Hash Tree). Technical design considerations such as number of chains, size of blocks, ownership (private or public chain), length of the hash tree need to be thought through while doing the design of the blockchain. To understand this in simple terms – imagine each block as an excel sheet; when the numbers are added, the last column gives the final figure and this has a ‘hash function.’ When this number with hash function is carried forward to the next sheet, any change in number in first sheet will impact the hash function of the first sheet resulting in subsequent impact on the next sheet. Therefore any change in any block will have an impact in other block(s). And the blocks would stay inter-connected (chained) through “hash".

What are some of the uses of blockchain?

What is the future of blockchain ?

According to Gartner, the business value-add of blockchain will grow to approximately 176 Billion U.S. dollars by 2025 and it will exceed 3.1 U.S. dollars Trillion by 2030. As per Grand View research, Global blockchain market size would be about 7.59 Billion U.S. dollars by 2024. However, having said that the application of blockchain in cryptocurrency may still be vulnerable to cognitive limitations. For example, in May 2018, MONA-coin was attacked by a group of miners which caused damage of $90,000 U.S. The future of Blockchain is when blockchain would be used for social capital and well-being. Then, it can certainly be a catalyst towards a wasteless, frictionless world to restore and reassure trust.

This article is based on my research and my notes taken during the key sessions at Global Blockchain Congress 'Consensus 2018,' held in Kolkata, India on 18th &19th December 2018.