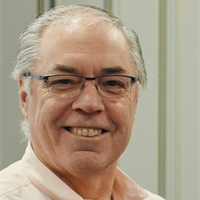 Physician Digital Health entrepreneur. Extensive cross-functional experience with pragmatic innovation in Digital Health strategy and execution gained through working for and with leading global brands and world-class organizations, start-ups, R&D, and academia in the U.S. and 24 developed and emerging economy countries.

THOUGHT LEADERSHIP: Published, presented, and led workshops around the world on technology innovation and practice in industry events, public sector, and academia.

In your opinion what are the top use cases for Blockchain in the health care vertical?

Payments processing and validation could be great use cases as well.

Ensuring regulatory compliance (i.e. HIPAA) could be another use case.