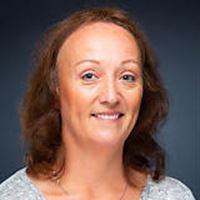 After thirty years in education, twenty-five as a community college mathematics and statistics instructor and five years in a university financial aid office, I have most recently been involved in community blockchain education. I co-organize a local blockchain & cryptocurrency meetup up group that meets monthly to discuss blockchain initiatives. During our first year we obtained speakers from projects including: Hashgraph, Digibyte, Pillar, and Elastos. As an Ambassador to the Pillar Project, a cryptocurrency mobile wallet, I also participate in their education initiatives.

I maintain a B.S. and M.A. in Applied Mathematics from the University of North Carolina at Wilmington. I have been a NC Notary Public for thirty-four years. I have been honored with the 2010 North Carolina Mathematics Association of Community Colleges Teaching Excellence Award, the 2012 National Council of Teachers of Mathematics award recipient to attend the International Congress of Mathematical Education in Seoul, South Korea, the 2016 Cape Fear Community College President's Award, and a 2018 WILMA Women to Watch in Education finalist.

Locally I served on committees to include College Transfer Success, Student Retention, On-Line Learning, and Student Government Association. I also served more than a decade as an officer in our local faculty association including positions of secretary, vice president, and president. At the state level I worked as a NC Virtual Learning Committee course developer, subject matter expert, and course editor. I also served on the NC Community College Development Math Redesign Task force and was liaison to the NC Math Curriculum Improvement Project. Nationally, I served as a member of the Placement and Assessment Committee of the American Mathematics Association of Two Year Colleges.

My time away from technology generally involves spending time with my grandson, fishing, and swimming. 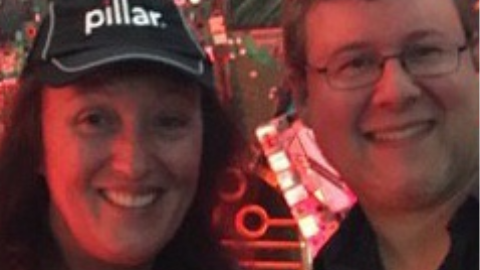 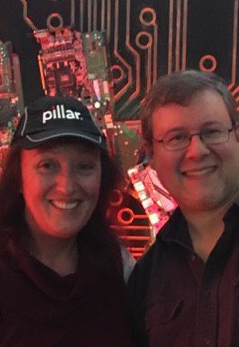 I volunteer to help educate the general public on the Pillar Project, a cryptocurrency wallet. This education includes the wallet's features and project's goals as well as blockchain technology in general.

I designed and administered online and hybrid business calculus and statistics courses. I served on department and college committees. I participated in three college re-accreditation processes. I served as Faculty Association President reporting the the Board of Trustees monthly.

I taught an introductory statistics course for criminal justice majors.

How does the Pillar Project, a cryptocurrency wallet, differ from other wallets out there?

As a point of information, cryptocurrency wallets simply store your public and private keys, they store your access to the assets. The assets themselves never leave the blockchain.There are so many cryptocurrency wallets out there it is really important to research how to store your crypto assets before you investment. There are cold storage options like Trezor and Ledger, there are desktop wallets like Exodus, and there are mobile wallets. Some assets can only be stored off exchange on their own blockchain requiring you to download the entire blockchain. The Pillar Project is a mobile wallet.

First and foremost, the Pillar Project is currently an ERC-20 and ERC-721 mobile cryptocurrency wallet. You won’t be storing those UTXO assets with them just yet. Some things that make Pillar different are customer support responds within five minutes, encrypted chatting with contacts, and blockchain explorers all built inside the app. You can make transfers contact to contact once you connect inside the wallet, visible addresses or QR codes aren’t necessary. There is an Offers Engine option that allows you to trade ETH for numerous other ERC-20 tokens using several swap engines to offer the user the best price. On boarding using fiat could be available as early as next week. It’s a multifunction wallet that aspires to be your person data locker.